Matiss Zaharovs fighting from Cilll Dara MMA has a record of 3 wins  loss 1 and in his MMA career so far. When Cage Legacy spoke to Matiss Today he said:

“Let’s hope he’s ready because I’m coming for his head. In the last fight I didn’t throw enough punches so in this one I’ll make sure to crack him with a few left hands and we will see if he’s still standing and if he try’s to take me down I’ll just submit him again”.

Both lads were back forward recently on social media and its putting a bigger flame to the already burning fire between the both men. 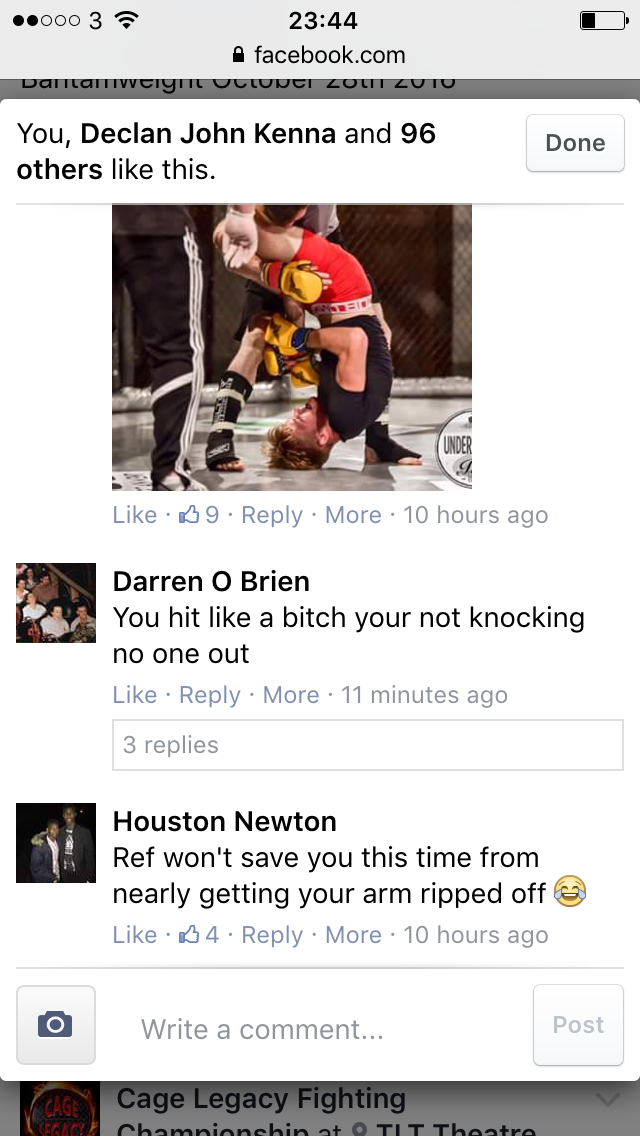 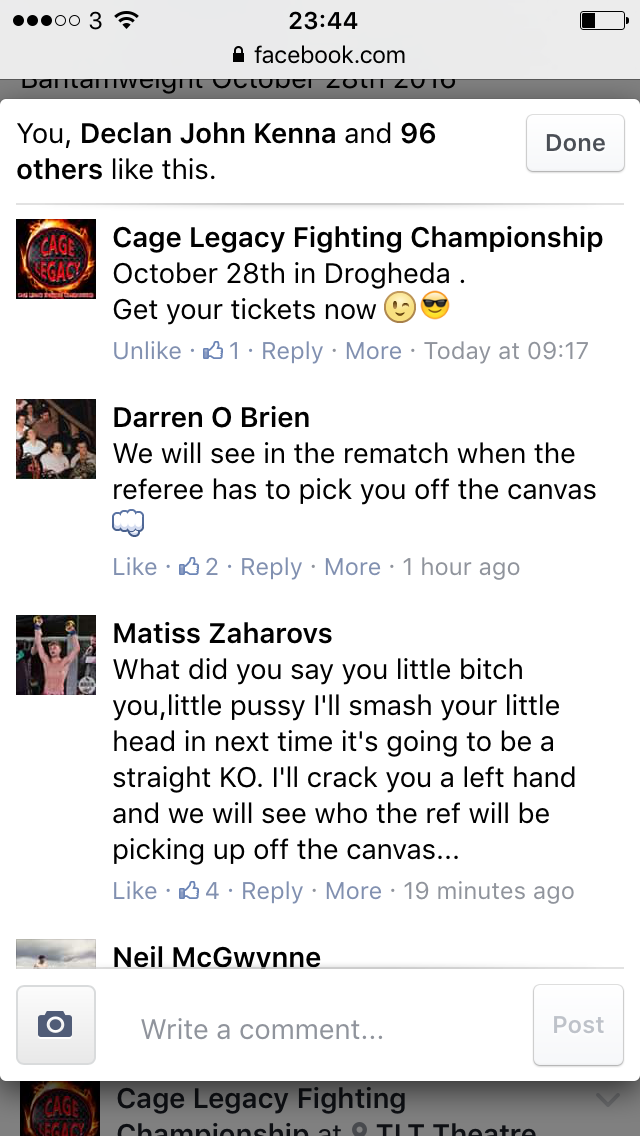 Matiss told us his dreams is to become  a professional MMA fighter and to be showing his skills and talent on the worlds big stages!!

Both lads previously had a great fight on Celtic Gladiator recently and Matiss picked up the victory over Darren via Armabar so they is a rematch that the fans really want to see!

Its time to settle the score at Cage legacy get your tickets now !!