Roger Kennedy SBG Cork will take part in the upcoming documentary “Couch to Cage” and will have the premier of the show on Cage legacy when Roger will face off against Niall Branigan from Full Power Gym in the lightweight Division.

Roger 230 days ago, was speaking to Liam og Griffin about how he had began writing for The MMA Corner in the state’s. After posting a link to his piece about Conor he was trolled for my lack of worthiness to write my opinions on a sport that “He never even fought in”. Having covered combat sports on a photography basis for quite a while Liam his coach told him he was well and truly qualified but he also smirked and said “but why don’t you train and fight too”? At the time Roger was touching 100kgs and was the furthest thing from a fighter you had ever seen. “I’m pretty damn proud of myself and doing it in SBGi Cork City makes me even prouder. I don’t think that I will ever be able to thank Liam enough. He has truly changed my life. And this is only the beginning” Roger told Cage Legacy. 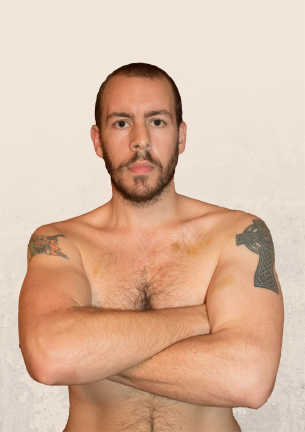 “Roger Kennedy started the MMA “Make Me Awesome” project in January this year. Having photographed some of the countries best fighters across multiple disciplines for the best part of a decade with Lethal Photography, he wanted to challenge himself to walk a mile in the shoes of the fighters he captured”

Niall Branigan , Only 18 years old will also make his MMA debut on Cage legacy and will be looking to put on a show for the home crowd fans. Niall fights from Full Power Gym and when we spoke to Niall today he told us “Roger better be ready for this because I will be looking to take him out of this early, Cant see it going past the First round anyway. I will put on a show for my home town fans in Drogheda!

This makes for a fantastic bout at Cage Legacy. Both men are ready to go, Less than 10 weeks out !  Tickets are on sale now www.cagelegacy.com