Byrne is Now 7-1 in his MMA Career and already has 3 championship Titles in other organisations  and will be looking to add another in October when he faces Makinde Adeyemi for the Cage Legacy Welterweight Title in the TLT Drogheda, Ireland.

John Byrne from SBG put on a world class performance in Liverpool recently when he put away undefeated Next Gen hometown fighter Jack Flynn via submission in the second round. Helping John win the Shinobi Lightweight Championship to add to his collection.

Byrne vs Makinde will be a rematch after both fighter squared of on June 26th and John took the win to help him become WCFC Welterweight Champion. Full video below…

Cage Legacy spoke to Byrne recently: “No plans for the future just yet, obviously aiming to turn professional in 2017 but I just focus on the present. I take each fight as it comes and enjoy the experience. Looking forward to being apart of the inaugural Cage Legacy show and collecting my 4th amateur title. There are some big fights on the card which and it’s shaping up to be a good night”

John is without doubt one of the countries most exciting MMA prospects. 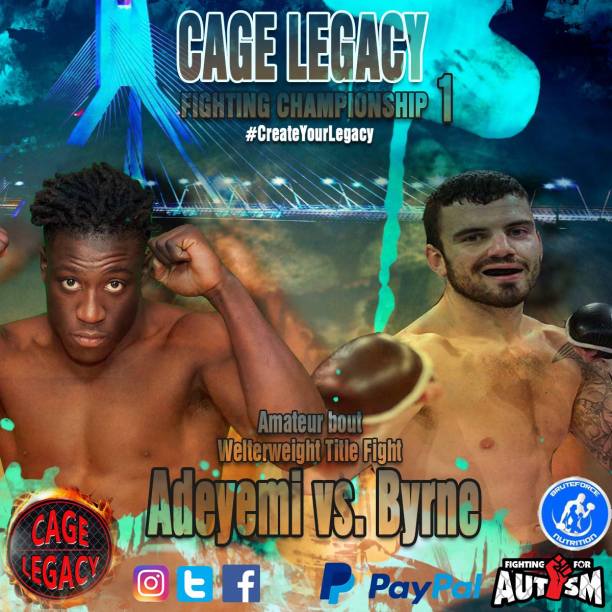